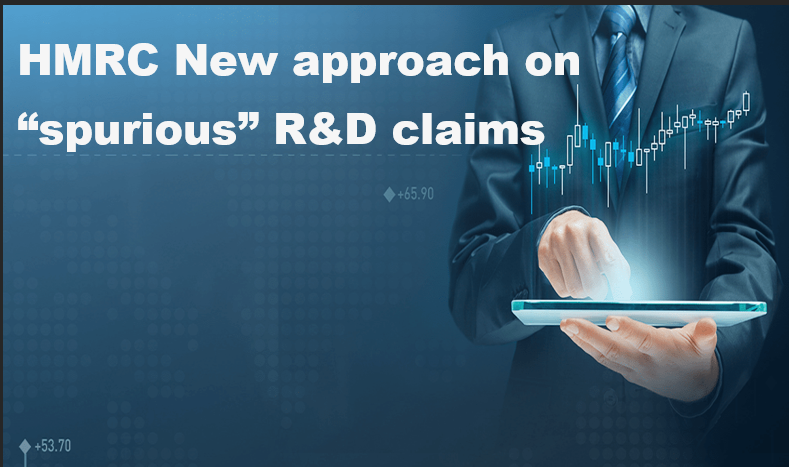 Research & Development (R&D) tax credits have been in the news a lot of late – two significant changes to the scheme are expected to take effect from April 2023 while more imminently, HMRC is investigating the huge volume of what they call ‘spurious’ claims which have increased over the past few years.

Larger companies who claim R&D tax credits under the Research and Development Expenditure Credit (RDEC) scheme are entitled to a 13 percent RDEC rate.

HMRC figures show a 16 percent increase in the number of R&D tax credit claims for the year ending March 2020. This equates to £7.4bn in total support claimed, up 19 percent from the previous year (£6.3bn).

Although, in theory, this paints a positive picture of innovation in the UK, a suspected uptick in spurious claims has sparked concern.

HMRC investigations (ongoing): HMRC is now clamping down on ‘spurious’ R&D claims. Their figures show that £612million has been lost through incorrect R&D claims. As part of this, HMRC has recruited 100 additional caseworkers to add a heightened level of scrutiny over R&D claims.

R&D tax credit changes (from April 2023): Chancellor Rishi Sunak announced during the budget that there would be two significant changes to the R&D scheme from April 2023, including:

It must be incurred on:

It must not be incurred in the carrying on of activities which are contracted out to the company by any person.

It must not be subsidised.

In respect of expenditure or activities contracted out to the company and subsidised expenditure, an SME is allowed to claim an equivalent to the R&D expenditure credit provided it would be available to a large company in the same circumstances.

In addition, the company must be a going concern. Companies in liquidation or administration are not going concerns.

The cost of items that are directly used and consumed in qualifying R&D projects may form part of the claim for R&D relief. This category includes materials and the proportion of water, fuel and power consumed in the R&D process.

Once your work to resolve the technological or scientific uncertainty is finished, any additional costs for consumables (such as materials for cosmetic fine-tuning or marketing) cannot be included in your claim. It would help if you were careful only to have the consumable costs related to your R&D work – this may differ from the consumable costs for your entire developed material, product, process, or service.