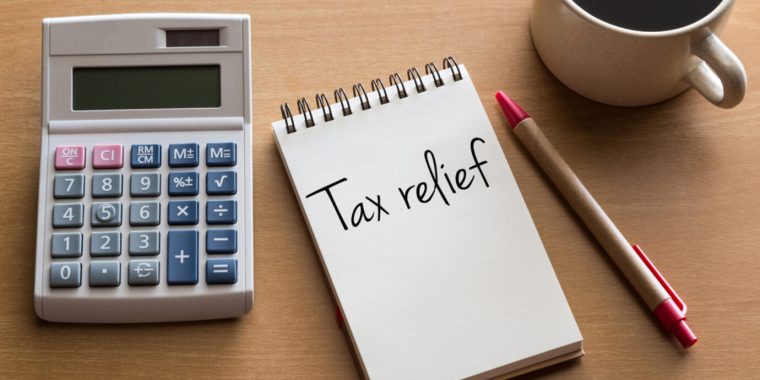 Are you missing out on potential tax reliefs?

What is tax relief?

Tax relief enables you to deduct the amount you pay to the government during a tax year from your tax payable to HMRC. Essentially meaning there is less tax for you to pay and we also call them tax reducers.

Tax reliefs can be claimed alongside any additional personal tax allowances you may be entitled to, allowing you to reduce your overall tax liability. There is a range of tax reliefs available which you can claim, subject to eligibility. This article will explore the reliefs that can be claimed through pensions and marriage allowances.

Typically, you can make arrangements with your employer to make payment before tax is deducted from your salary, so you save on tax as there is a reduced salary to be taxed on. You can also claim tax back from HMRC, usually in the case of charitable donations where you can also opt for Gift Aid.

You can also view the tax rates and allowances for the current and recent tax years here.

Married couples and/or civil partners can take advantage of the Marriage Allowance (MA). The MA allows individuals who are married or in a civil partnership to transfer a fixed percentage of their personal allowance to their significant other, by means of an election.

This is of particular benefit to a couple where one party has no taxable income, or their income is not enough to use their personal allowance. For example, an individual whose income falls entirely within the starting rate band.

If the MA is claimed by election, the relinquishing party has their own personal allowance reduced by the amount they transfer to the recipient.

The recipient on the other hand does not have their personal allowance increased and will remain at £12,570 for the 2021/22 tax year. However, the recipient does instead get a reduced tax liability imposed on them (or a “tax reducer”) equalling 20% of the transferred amount. For the tax year ending 5 April 2022, this tax reducer is computed at £1,260 x 20% = £252.

There are qualifying factors to determine whether the marriage/ civil partners can claim the MA, as follows:

Ali decides to make a MA election. His personal allowance for the 2021/22 tax year is:

On the other hand, Samantha will have the following tax liability on her income:

Tax reliefs on pension contributions are available for up to 100% of the annual earnings. This means if you earn £30,000 annually, you can get a relief of £30,000 paid to your pensions in the same tax year.

This is however capped at £40,000, which is the designated annual allowance for pension savings. You may like to avoid exceeding this limit, as any amount over this cap will be taxed as income and will be taxed at the highest rate applicable to you.

Super high earners, such as individuals earning more than £150,000 are exempt from this pension annual allowance. Instead, the maximum that an individual can contribute is reduced by £1 for every £2 earned over the limit, capped at £10,000. This applies to you if you earn at least £210,000 per year.

Keep in mind that you can also carry forward any unused allowances from the three previous tax years, given that you were part of the pension scheme in those years.

Tax relief is also provided based on the type of pension you have:

There are two main methods of claiming tax relief, as the claim is dependent on the type of pension the contributions are being saved into:

Typically applies to private or self-employed personal pensions (SIPP). If the pension is paid through the employer, the employer takes 80% of the contribution from salary, with an extra 20% being provided by HMRC.

In this system, higher and additional rate taxpayers must complete a Self-Assessment for extra relief.

In this case, the tax relief is claimed automatically and considered to be relief from “net pay”.

Contact us for more information on how you can claim tax relief as a basic-rate taxpayer.