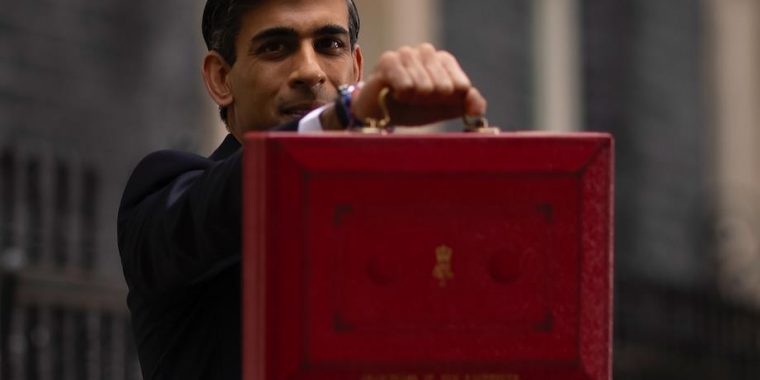 The Chancellor announced a number of changes, policies and reforms as part of the Autumn Budget – most notable among these for us were the incoming changes to the R&D Tax Credit structure.

The Chancellor made sure it was well known that the underlying theme of the announcement was the cultivation of a highly skilled and productive UK economy, so it was almost no surprise to see a vow to increase UK R&D spending to £20 billion annually from 2024/25. Those following the government R&D plan may notice that this is lower than the £22 billion promised last year. Instead, the £22 billion target will be hit by 2026/27, two years later than originally planned. In any case, this is an encouraging sign of growth in the UK innovation and technology sector with the current R&D investment sitting at 1.1% of GDP and forecasted to grow by 1.3% by 2027. In this regard, the UK has shown to be far ahead of its international competition, namely France, Germany and the United States.

The current R&D tax credit scheme is also set to see a shakeup in its qualifying criteria. As expected, cloud computing and data costs were added to the scope of qualifying expenditure for R&D relief. Although more guidance is required from the government on the items defined under the above costs for example, how HMRC defines cloud computing which in itself is a broad concept. The changes are set to be implemented at the start of the 2023/24 tax year, but we can expect further guidance in late autumn.

Brexit meant that the UK was no longer bound by EU non-discrimination requirements, a fact the Chancellor alluded to:

“The second problem is this, companies claimed UK tax relief on £48bn of R&D spending. Yet UK business investment was around half of that, at just £26bn. We’re subsidising billions of pounds of R&D that isn’t even happening here in the UK.”.

Whilst the exact intricacies of the proposal are unknown, it is reasonable to assume that most (if not all) R&D expenditure will have to be domestic in order for it to qualify for the tax relief incentive. There is a clear correlation between this proposal and the government vision for ‘high-skill, high-productivity’ individuals to propel the UK above its international peers. A very optimistic outlook from Mr Sunak, but immediate concerns are to be raised over the feasibility of such a proposal. Consider core science sectors (e.g. life sciences) that often carry out R&D activity outside the UK, especially when conducting clinical trials which may not be able to gain the needed licencing approvals in the UK. Limiting the industry pool will no doubt result in an increase in R&D activity costs.

A review of the R&D tax relief incentive was launched in Spring 2021 with the goal of ensuring that the UK continues to compete as a location for cutting-edge research and evolving into a “science and technology superpower”. The government is expected to respond to the consultation paper published after the review in the following months.