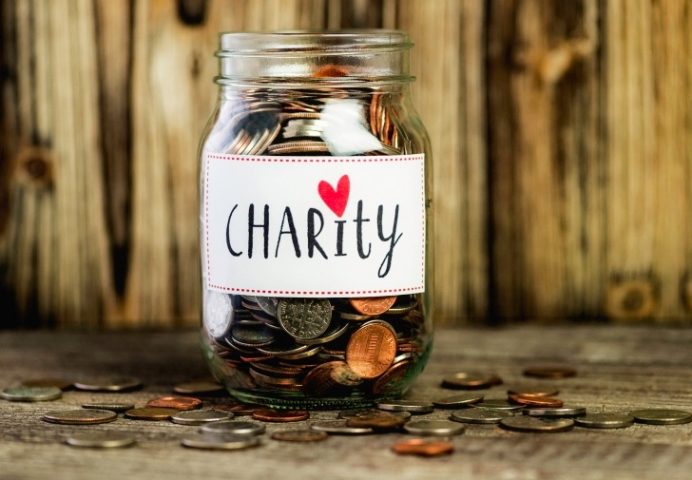 Charitable giving and tax relief for companies and individuals

A charity is a body of persons or trust that broadly meets all the following conditions:

A qualifying charitable payment made by a company, whether or not resident in the UK, is deductible from total profits, subject to certain restrictions. There is no need for the company to make a claim for this treatment.

The gift aid scheme is designed to reduce the incidence of taxation on gifts to charity both by providing tax relief to the donor and by enabling the charity to top up the gift by reclaiming tax from HMRC.

Under the scheme, the amount of a ‘qualifying donation’ is treated as a net amount from which basic rate income tax has been deducted at source. Higher and additional rate relief is then given by extension of the basic rate and higher rate bands by reference to the gross equivalent of the amount donated. Provision is made for cases where the donor pays tax other than at the main UK rates, for example at the Scottish or Welsh rates.

Basic rate tax relief is dependent on the donor having sufficient tax liability for the year to cover the amount treated as deducted at source. The donor may elect for a qualifying donation to be relieved as if it had been made in the preceding tax year.

It is possible to make regular donations to a charity via PAYE. The donations are made from gross income before tax is collected. For example, a donation of £5 a month costs an employee £4 from their take-home pay, where they pay 20% tax, or £3 if they pay 40% tax. Individuals who donate to charities using payroll giving are not required to make any further disclosure to HMRC, including working out the adjusted net income for personal allowances and married couples’ allowance. The charity is not required to apply for gift aid on the payroll gifted amount. Under gift aid the donations can only be increased by 25% for the charity regardless of the donor’s tax bracket, but payroll giving allows charities to receive the full tax relief.

The availability of UK tax reliefs for charitable donations made to non-UK charities has had a complex history, and there is still some uncertainty over the position of some international charities.

With effect from 1st April 2012, Charity can only include one that meets the definition above, broadly qualifying UK, EU, Iceland, Norway, or Liechtenstein charities.

This means that tax reliefs will not be available for gifts and legacies to non-qualifying EU charities, such as those that do not meet the Charities Act 2011 definition of charitable purposes. They will also not be available for donations to charities that are not established in the UK, an EU member state, Iceland, Norway, and Liechtenstein.

A non-UK resident is entitled to claim gift aid relief regarding donations made to qualifying charities or for gifts of qualifying investments to charity. However, non-residents are the only subject to UK tax on UK source income, some of which may be excluded from UK tax under the ‘disregarded income’ provisions. Limited capital gains (primarily those on UK property-related assets), there is a risk that they may not be paying sufficient income tax and capital gains tax to cover the tax which the charity will reclaim on any gift aid donations. If there is a shortfall, the taxpayer will need to make an additional tax payment.

Individuals planning to leave the UK and become non-UK residents should review the gift aid declarations that they have in place and revoke these if they do not expect to pay sufficient UK income tax and capital gains tax to cover any tax charity may reclaim.

If a donor wishes to give to a specific UK charity that does not have an overseas bank account, they could explore whether it is possible to make the gift overseas through an organisation.

Payments made regarding the £30,000 or £60,000 remittance basis charge can be considered when calculating if the taxpayer has paid sufficient income tax and/ or capital gains tax to cover the tax reclaimed by the charity on a donation.

Some charities are set up on a ‘dual-qualified’ basis so that donations qualify for relief in both the UK and the US. Where this is not an option, then it may be possible to obtain relief in both jurisdictions via a dual-qualified donor-advised fund (DAF). Donors will need to explore the possibilities for themselves, but some organisations may be able to help.

Care is needed when selecting the charities to receive legacies from an individual who is likely to be liable to both estate taxes in the US and inheritance tax in the UK. As with income tax reliefs, donations to US charities are highly unlikely to qualify for an inheritance tax charitable exemption, so options such as dual-qualified charities and DAFs should be considered as an alternative.

With effect from 6th April 2017, individuals have been deemed the UK domiciled for tax purposes where:

Such individuals are at particular risk of having prepared a will under the law of another jurisdiction and potentially have provided legacies to overseas charities. Where this is the case, their worldwide estate will be within the scope of UK inheritance tax, subject to any treaty reliefs, and there will be no exemptions for legacies to overseas charities which do not qualify for UK tax reliefs.

If you have other questions or need more understanding, please contact our team at WIM Accountants at 02082271700 or email us at info@wimaccountants.com.